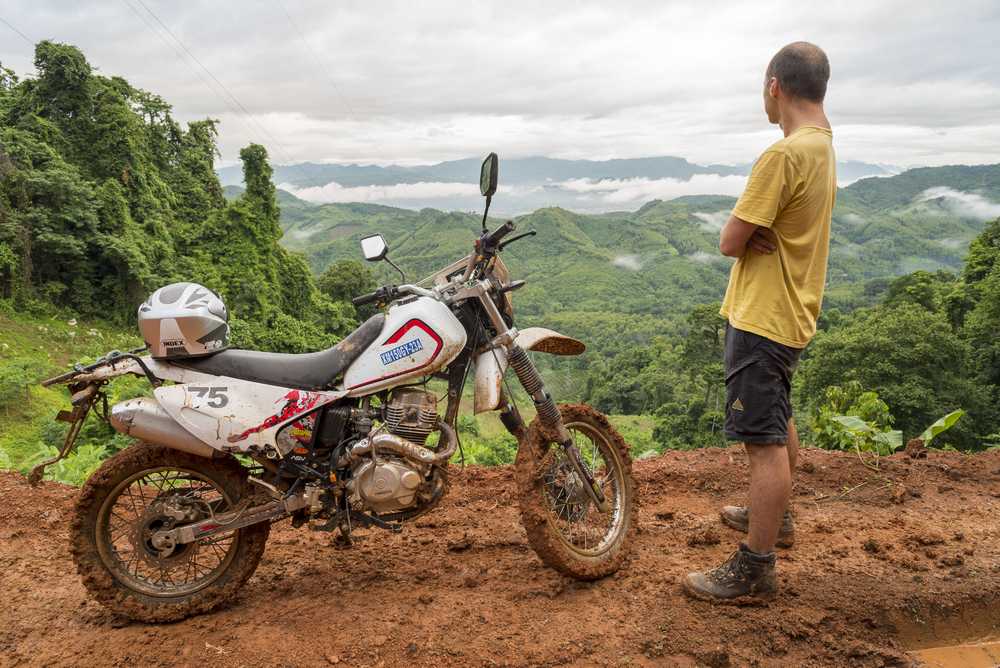 Traveling makes us far more happy than any material wealth

You don’t have infinite money. Spend it on stuff that research says makes you happy.

Most people are in the pursuit of happiness. There are economists who think happiness is the best indicator of the health of a society. We know that money can make you happier, though after your basic needs are met, it doesn’t make you that much happier. But one of the biggest questions is how to allocate our money, which is (for most of us) a limited resource.

There’s a very logical assumption that most people make when spending their money: that because a physical object will last longer, it will make us happier for a longer time than a one-off experience like a concert or vacation. According to recent research, it turns out that assumption is completely wrong.

“One of the enemies of happiness is adaptation,” says Dr. Thomas Gilovich, a psychology professor at Cornell University who has been studying the question of money and happiness for over two decades. “We buy things to make us happy, and we succeed. But only for a while. New things are exciting to us at first, but then we adapt to them.”

So rather than buying the latest iPhone or a new BMW, Gilovich suggests you’ll get more happiness spending money on experiences like going to art exhibits, doing outdoor activities, learning a new skill, or traveling.

Gilovich’s findings are the synthesis of psychological studies conducted by him and others into the Easterlin paradox, which found that money buys happiness, but only up to a point. How adaptation affects happiness, for instance, was measured in a study that asked people to self-report their happiness with major material and experiential purchases. Initially, their happiness with those purchases was ranked about the same. But over time, people’s satisfaction with the things they bought went down, whereas their satisfaction with experiences they spent money on went up.

It’s counterintuitive that something like a physical object that you can keep for a long time doesn’t keep you as happy as long as a once-and-done experience does. Ironically, the fact that a material thing is ever present works against it, making it easier to adapt to. It fades into the background and becomes part of the new normal. But while the happiness from material purchases diminishes over time, experiences become an ingrained part of our identity.

“Our experiences are a bigger part of ourselves than our material goods,” says Gilovich. “You can really like your material stuff. You can even think that part of your identity is connected to those things, but nonetheless they remain separate from you. In contrast, your experiences really are part of you. We are the sum total of our experiences.”

What says the study about how to be happy?

One study conducted by Gilovich even showed that if people have an experience they say negatively impacted their happiness, once they have the chance to talk about it, their assessment of that experience goes up. Gilovich attributes this to the fact that something that might have been stressful or scary in the past can become a funny story to tell at a party or be looked back on as an invaluable character-building experience.

Another reason is that shared experiences connect us more to other people than shared consumption. You’re much more likely to feel connected to someone you took a vacation with in Bogotá than someone who also happens to have bought a 4K TV.

“We consume experiences directly with other people,” says Gilovich. “And after they’re gone, they’re part of the stories that we tell to one another.”

And even if someone wasn’t with you when you had a particular experience, you’re much more likely to bond over both having hiked the Appalachian Trail or seeing the same show than you are over both owning Fitbits.

You’re also much less prone to negatively compare your own experiences to someone else’s than you would with material purchases. One study conducted by researchers Ryan Howell and Graham Hill found that it’s easier to feature-compare material goods (how many carats is your ring? how fast is your laptop’s CPU?) than experiences. And since it’s easier to compare, people do so.

“The tendency of keeping up with the Joneses tends to be more pronounced for material goods than for experiential purchases,” says Gilovich. “It certainly bothers us if we’re on a vacation and see people staying in a better hotel or flying first class. But it doesn’t produce as much envy as when we’re outgunned on material goods.”

“By shifting the investments that societies make and the policies they pursue, they can steer large populations to the kinds of experiential pursuits that promote greater happiness,” write Gilovich and his coauthor, Amit Kumar, in their recent article in the academic journal Experimental Social Psychology.

If society takes their research to heart, it should mean not only a shift in how individuals spend their discretionary income, but also place an emphasis on employers giving paid vacation and governments taking care of recreational spaces.

“As a society, shouldn’t we be making experiences easier for people to have?” asks Gilovich.